In Memory of Peter Smith 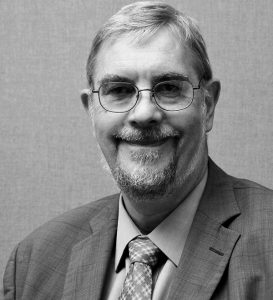 Peter Smith, our longstanding chair sadly died over the summer.

Peter had a long and distinguished career in local government, clocking up 40 years of service as a councillor.

He spent 27 years leading the council, making him one of the longest serving leaders in the country, and in 2019 he was recognised with a prestigious Lifetime Achievement Award.

Lord Smith served as Leader of Wigan Council since 1991 and over the past three decades gained a reputation as one of the most influential council leaders in the UK.

In paying tribute to his public service, leading figures in local government described Lord Smith as “an inspirational leader” and “the glue that held Greater Manchester together” when he stepped down as council leader in May 2018.

Thinking back over Peter’s years of service perhaps the following stand out. First the longevity of his service. Peter was not a quitter. Even after he stood down as leader he continued as a dedicated ward councillor, In total serving for 43 years.

Secondly his commitment and passion for Wigan. Peter had been at university in London in the 1960s, but he returned “up north” and remained proud and passionate about the borough (and about rugby league- but for Leigh rather than the more famous Wigan team!).

Thirdly he was a driving force in the development of first the Association of Greater Manchester Authorities (AGMA) and then of the combined authority. His leadership over many years on a regional stage through AGMA and the Greater Manchester Combined Authority were key to delivering the devolution deal which saw Greater Manchester take control of powers and budgets from Whitehall in 2014.

He recognised early that boroughs could not work in isolation, and championed wider cooperation on issues such as transport and health. Although the ‘Congestion Charge’ referendum in 2008 was lost, his forward thinking on integrated green transport meant he and the wider team secured funding to improve transport links and deliver services such as Leigh Guided Busway. Future efforts such as to introduce a smartcard ticketing system built on the team’s early work.

His success as council leader led to many regional and national appointments throughout the 1980s and 1990s including chair of the North West Regional Assembly and vice-president of the Local Government Association.

In 1999 he was made Lord Smith of Leigh in recognition of his work in local government. Ever the pragmatist, though he initially debated whether to accept the elevation due to his socialist principles, he realised that a seat in the Lords would allow him to further the causes of the people of Wigan, the north west and wider local government.

As a big sports fan and supporter of Leigh Centurions rugby league club Lord Smith was determined to boost the health of local people and provide the very best sports facilities in the borough. He was part of the team which has secured the Rugby League World Cup 2021 and Women’s Euros 2022 for Leigh.

This led to the development of Leigh Sports Village, now the home of Leigh Centurions and Manchester United Women’s Team, which was officially opened by the Queen in May 2009.

His passion for health and wellbeing saw him lead the work on health devolution on a Greater Manchester level as well as in Wigan Borough. He was chairman of the Greater Manchester Health and Social Care Partnership Board taking the lead on bringing health and social care services across the city-region closer together to improve health and ensure the vulnerable and elderly get the best care.

Fourthly, Peter was an innovator. His leadership also saw Wigan Council cope with some of the worst budget council cuts in its history in 2010. However, through Peter taking a different approach the council improved services and increased resident satisfaction.

Branded as The Deal, this approach has since been followed by councils across the country and in Europe, and has won numerous national awards. The Deal was innovative, but the language used was not flash. But in calling it The Deal Peter used language, not to appeal to academics but to engage local residents.

Fifthly Peter was passionate about tackling inequality- his forty odd years of public service was also forty odd years of active involvement in labour politics. But Peter’s commitment about equality was about practical politics. Wigan was a place with a long mining tradition and perhaps a more male dominated culture than some other places. But without ceremony Wigan has been a borough with three consecutive highly successful female chief executives.

Which brings me to my two final points about Peter. First, he could be stubborn, but in a good way. Peter was concerned about the end game not the half time headlines. He did not seek to be the centre of attention but was a great collaborator.

As chair of the Leadership Centre, Peter did not seek centre stage, but rather remained thoughtful and sought contributions from all.

Peter served as a ward councillor for Leigh West, a position he held for 43 years. As a proud Leyther, Peter felt a deep responsibility for his hometown and was committed to returning to improve the lives of his community after leaving to study at the London School of Economics. He has always ensured the east of the borough had its fair share of funding, and the £5m Believe In Leigh fund, to improve the town centre and provide more facilities for young people, will be a lasting legacy.

In 2019 he won the prestigious Local Government Information Unit ‘Lifetime Achievement Award’ for his commitment and determination in seeing through the improvement in Wigan and helping to transform it into a modern borough. The LGiU and CCLA organise the only national awards ceremony to honour the work of councillors.

From Leigh to the House of Lords

Peter Smith was born in Leigh in 1945, the second son of a draughtsman and medical secretary.

After attending Butts CE Primary School he won a scholarship at age 11 to go to Bolton School, following his brother Robin. He was a younger contemporary of Sir Ian McKellen, who he would honour in 2015 with a star in Wigan’s Believe Square.

It was at Bolton School where Peter first developed his love for politics as a process for resolving complex and contentious matters.

His school reports described him as “an able boy of distinct and intense individuality. Possibly inclined to think with his heart and let emotion strongly influence reason.”

He joined the Labour Party in 1964 and graduated in Economics and Politics from the London School of Economics in 1967.

He married Joy in 1968 and after securing a PGCE took his first teaching job in the East End of London before moving back up north and settling in Leigh where his daughter Anna, now a successful artist, was born in 1983.

He was first inspired to enter politics after visiting a “house-proud widow who was being forced to use buckets to catch the rain coming through the roof that her landlord refused to repair.”

That single vote led to an illustrious political career which saw him enter the House of Lords in 1999, welcome the Queen to open Leigh Sports Village in 2009 and secure Greater Manchester devolution in 2014.

In three decades at Wigan Council’s helm, Lord Smith has not only left a lasting legacy in the modern history of Wigan Borough, but also across The North West region and in public service nationally.

Our thoughts continue to be with his family and friends at this time.