Complex Change in a Complex Environment 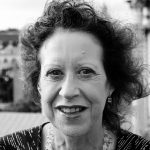 Like many, I had detailed plans in place for events in March 2020. We were just about to deliver the last all-day workshop in NHS England and Improvement’s national Multi-Professional Leadership Programme – support for nominees from Integrated Care Systems around the country, to build their capacity to lead large-scale complex change in and across systems.  We had over 120 people from all around the country due to converge on County Hall in London; speakers booked; slides prepared; food ordered; the works.  And it transpired that the date of the event coincided with the first day of lockdown.

The subsequent 18 months have been, it seems to me, a revelation. Firstly, there’s been a sense of just how quickly change can happen where there’s a sense of urgency combined with a clear purpose.  This is anecdote, not data, but it will serve: one junior doctor told me about a running battle staff had been having, for two years, to get a clock moved from one wall to another.  Before Covid, no progress.  Then the pandemic hit, and it happened: not only did they move the clock, they knocked the wall down in order to reconfigure the space to accommodate Covid patients.

I also heard multiple stories about staff being redeployed into multi-disciplinary teams and feeling liberated by the experience, no longer feeling bound by their grade or banding.  Outside healthcare, people involved in sport and physical activity in local authorities worked much more closely with communities and community groups in order to support people to take care of their physical, and mental, health.  And there was a real sense of using, and repurposing, what you’ve got: Stephen Alambritis, former Council Leader of the London Borough of Merton, recounted how their bailiffs changed their work during lockdown, from delivering eviction notices to delivering food parcels.

Secondly, perhaps we are better at change than we think. That’s not to say that everyone is ready for change – sheer exhaustion permeating through frontline staff means that, for them, now really isn’t the right time. It also seems that progress is slow in some Integrated Care Systems: I’ve been working on another national NHS programme, the Health Equality Partnerships Programme, and a common factor has been the inability of different stakeholders – NHS, local government, the voluntary and community sector, and others – to know how to talk to each other. This is exacerbated at the moment by some people jockeying for position and others wanting to turn back the tide to how everything was done before.

But we have turned on a dime.  Councils, NHS Trusts, Clinical Commissioning Groups and a host of other organisations have had to equip their staff – sometimes thousands of people – to work from home in a matter of weeks, and then to keep communications and support going.  We’ve all learned to work in different ways. On a more prosaic level, I have had to learn about delivering learning and support online to a multitude of different groups. It’s worth noting that this has brought real productivity gains.  For the Health Equality Partnerships Programme, we had over 200 participants, with almost every ICS in the country taking part.  If we’d had to organise the programme as workshops that would have entailed significant travel and venue costs – potentially a disbarring issue for many smaller community organisations.  Online, it was much easier, and quicker, for people to take part.  This isn’t to say that there are things you gain from face-to-face meetings – all the conversations in the margins, all the unexpected connections, being physically in the same space as other people – but we’ve discovered advantages.  Much of the turmoil at the moment seems to stem from people wanting to retain the benefits of new ways of working, rather than reverting wholesale to whatever ‘business as usual’ was.

So how do you address this tension? It seems to me that there are two things that can be enormously helpful and they go back to the roots of systems leadership.

The first is to go back to common purpose.  Often people are in different places, or having different ideas around what their large-scale change is for, or what it’s meant to achieve.  No wonder, in these circumstances, that change is slow to get off the ground, or that people indulge in finger-pointing at those who appear less keen.  So it’s worth starting out by asking how clear your common purpose is.  What is it that we want to do, and why? What are the benefits going to be? What will it mean for the different players involved?  Do we understand the pressure points on everybody? Can we describe it in broadly the same way?

Even if this means going back to square one, and it feels frustrating, I’d advocate this: you’ll save yourselves huge amounts of time in the future if you invest it here first.  Your common purpose can be a guide rail that will see you through ever-changing circumstances and personnel, or what feels like the endless grind of dealing with Covid whilst trying to grapple with everything else.

The second, building on Ian’s Sun Tsu analogy, is to choose, or change, your terrain.  If Sun Tsu never lost a battle because he only fought when he was (literally) sure of his ground, how do you have your battle on ground of your choosing?  The link here is to framing and reframing – so you have the argument on territory you want, rather than what others want.  To take an example: people working to reduce homelessness in Adur and Worthing reframed the issue away from it being a public nuisance to it being about public health; it had a real impact on the willingness of local councils and MPs to address it sympathetically.

And how do you change your terrain?  I’m no Sun Tsu expert, but I suspect his troops built roads, camps and supply lines. So they changed their environment.  Systems leadership suggests that you can do this in small ways, that can have a big impact if they’re allowed to accumulate.  Stacey Abrams, a community organiser from the state of Georgia in the US, started registering new voters; three here, five there, six somewhere else.  Over a decade, she kept on doing so, and formed a coalition of the willing with others to do the same.  By January 2021, they’d collectively registered some 700,000 new voters.  Georgia then elected two Democratic Senators – for the first time in decades – and they in turn helped a $1.9trillion Covid Recovery bill get over the line[1].

The technical term for $1.9trillion is a shed-load of money.  So no matter how complex your large-scale change feels, it’s worth asking what small things you can do to begin to change your environment and fight the right battles.

[1] Listen to the Stacey Abrams interview in this Pod Save America podcast, c 45 minutes in: https://podcasts.google.com/feed/aHR0cHM6Ly9mZWVkcy5mZWVkYnVybmVyLmNvbS9wb2Qtc2F2ZS1hbWVyaWNh/episode/ZWNlOTk0YzItM2UzOS0xMWVhLWE1ODctMjM5OTMyMzdiY2Nl?hl=en-GB&ved=2ahUKEwiVjrz1v__sAhVLT8AKHddrBZgQieUEegQIBRAF&ep=6