This week Birmingham is hosting the Commonwealth Games – one of the most iconic international sporting events – famed for bringing nations together in a colourful celebration of sport and human performance.

Whilst almost 700 sportspeople from across 72 nations and territories gather for this global spectacle, behind the scenes the Leadership Centre has been working with the West Midlands Combined Authority (WMCA) over the past two years to help develop the systems and relationships which will ensure that the Games has a long-lasting legacy for people in the region.

In late 2019, the Leadership Centre began working with Sport England, WMCA, local authorities and Active Partnerships to support the development of a collaborative systems leadership approach which would contribute to reducing inequalities in those who take part in sport and physical activity. 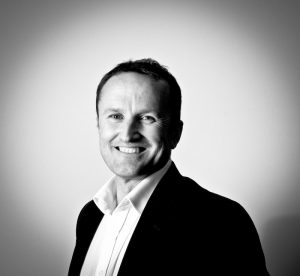 Simon Hall, Strategic Lead for Wellbeing and Prevention at WMCA, has been involved with the work from the beginning. He explained, “It was clear that we needed to get our blended system working better together around a common purpose if we were really to reduce levels of inequality in those who take part in physical activity.

“We brought the Leadership Centre in to work with us to ensure we had expertise around collaborative leadership within a place-based system. Their observations have been hugely helpful, bringing perspective around learning, leadership, collaboration and how to operate as a whole system. The relationship between us has been dynamic as they worked with us to understand the system, interpret it and equip us to work with the issues ourselves.

“It’s through that process that we have learnt how to unravel some of the local wicked issues we face and, importantly, how we can influence and inform as a system. As part of that, it has been vital to learn about story-telling. We are very used to the practical capture of outcomes and outputs, but we needed to get people more comfortable with sharing their experiences. There is still work to do in that respect but there is definitely a shift in the system which leaves us in a much better place than we were two years ago. We have developed the tools, resources and shared space now.”

Simon thinks these system changes have been instrumental in helping develop the 2022 Commonwealth Games Legacy, “I do feel that we are in a much better place in developing the long-term physical activity legacy of the Games now. In fact, I remember a turning point when we had our Physical Activity Legacy Group – made up of people drawn from across the system – and we were trying to define what the legacy would be. We realised that we were a lot closer in what we were trying to achieve than we had been. Some of the organisational structures and cultures were still getting in the way, but the common purpose was there.

“The work we have done gives us the best possible chance of ensuring that, through our Commonwealth Active Communities, we are together able to steer the system in a way which really does reduce inequalities in those participating in physical activity. People own what they design, so it’s important what we develop is co-designed which means investing in relationships and making sure people can see where their perspectives feed in. It has developed far past just being a ‘project’ – this is about how we work as a system for the long-term.

The work has had a personal impact on Simon, helping him to think differently about the challenges he faces in his own role, “I’ve been really inspired by the work I’ve done with the Leadership Centre. It’s been transformational for me. I now have a much greater understanding of how complex and difficult system collaboration is, and an acceptance of that has really helped me with my mental wellbeing. The knowledge I’ve gained has helped me sit with the uncertainty that comes with complexity rather than becoming anxious about getting to particular places within certain timeframes.

“The notion of re-framing failure is part of that journey. We are working with a huge societal issue and there is no blueprint, so we’ve had to experiment and adapt and what we’ve done through that process is identify some of the barriers in our system as well as the opportunities. It has been really valuable learning about how the system works together.

“Equally, the coaching approach of the Leadership Centre has really driven me to think differently about the art of the possible in collaborative leadership; what are the signs and the symptoms that we are progressing or being challenged around our collaborative leadership work? Have we developed a learning system rather than just a space for an exchange of ideas? And how is that learning shared throughout the system, at locality, regional and national level?

“I think in the past we have perhaps been bringing to the table our preconceived thoughts, challenges and frailties, along with an idea that we know what the system needs, rather than having the conversation with the system to understand it from every perspective. We are thinking and working very differently to a few a years ago.”